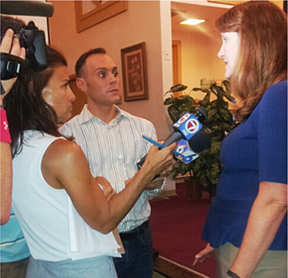 an in-depth teacher quality study commissioned by the National Council of Teacher Quality. The study revealed that the least experienced and ineffective teachers were disproportionately placed in the communities serving Miamiâ€™s most vulnerable students, which were largely Black. The study aggressively recommended that the Miami-Dade School Board address the challenges and put the most effective teachers in the communities that needed them the most. However, it would take community outrage to fuel the school district towards immediate action.
So Blueprint Creative Group took action as the Urban League of Greater Miamiâ€™s marketing agency.
Continue Reading
Share this